In the setting of cardiovascular disease such as hypertension or diabetes vascular cells produce more reactive oxygen and nitrogen species leading to the activation and Infiltration of immune cells and thereby to a phenotype of chronic low-grade inflammation. 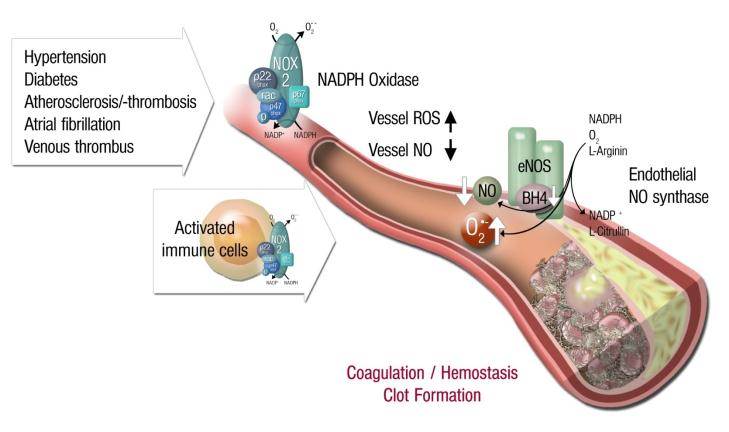 Inflammatory cells, vascular dysfunction and atherothrombosis. The scheme illustrates the activation of immune cells and recruitment to vascular tissues leading to activation of secondary RONS sources such as NADPH oxidase and uncoupled eNOS, all of which contributes to vascular dysfunction. These processes lead to late-stage cardiovascular complication such as atherosclerosis with plaque formation and thrombosis. Vice versa, vascular RONS can activate immune cells and Trigger their Infiltration into the vascular wall. From Karbach et al. Curr. Pharm. Des. 2014. With permission of Bentham Science Publishers.